History does not long entrust the care of freedom to the weak or the timid. 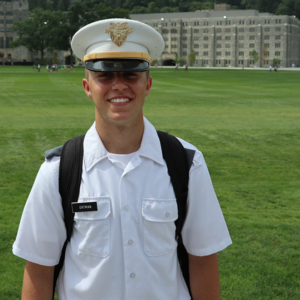 Our son Seppi is a Cadet at the U.S. Military Academy at West Point. When he accepted his appointment to the USMA, our family started reflecting on his sacrifice and those of all our veterans. It also made me think about one of my all-time favorite former 7th-grade students, Josh Hunsucker, who is now known on the Section925.com podcasts as the frequent textline contributor, “Josh from the 209.” Josh attended U.C. Davis on an ROTC scholarship, became an Army Ranger, and deployed to Baghdad – where he led over 400 combat missions and was awarded the Bronze Star. After returning to Stockton, California with his wife and kids, Captain Hunsucker attended Pacific’s McGeorge School of Law. He is now practicing law in Stockton with Neumiller and Beardslee, where he actively supports the veteran community. 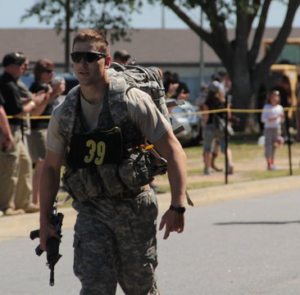 In honor of both Seppi and Josh, I am proud to announce OM’s partnership with Team RWB, a veteran-support organization that seeks to fulfill its mission to enrich the lives of America’s veterans by connecting them to their community through physical and social activity. As part of our partnership, we will be working with Team RWB at events to promote the well-being of veterans, and we have also started a fundraising page with the goal of raising $10,000 for Team RWB. You can help us reach our goal by clicking on this link www.TeamRWB.org and Ortman Mediation will MATCH EVERY DONATION YOU MAKE until we reach our goal of $10,000!  This is your chance to help out the less than one percent of Americans who have served in our armed forces, help us thank them for their service, and Go Army, Beat Navy!